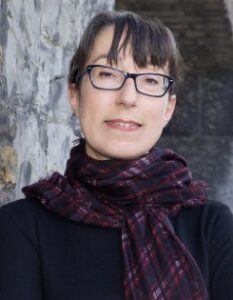 Ann O’Dea is CEO and Co-founder of Silicon Republic, one of Europe’s leading technology and innovation news services, reporting online since 2001. Ann was also the founder of the award-winning international event, Inspirefest, which celebrated its fifth year in 2019. In October 2020, the event took place in a new Hybrid format and under its new name, Future Human, showcasing the people and enterprises shaping the next phase of human existence.

Ann is a fellow of the Institute of Art, Technology and Design, a fellow of the Irish Computer Society, and has been named ‘Media Woman of the Year’ at the Irish Tatler Women of the Year Awards. In 2015, she was the first and only woman to be inducted into the Irish Internet Association’s Hall of Fame. In March 2013 she launched the Women Invent initiative on Silicon Republic, which has seen a remarkable woman in STEM profiled on the site every week for the past eight years.

In 2018 she won the Outstanding Contribution to the Digital Sector award from ITAG. Ann sits on the Advisory Board of Teen Turn which empowers underrepresented young women through internships in major tech companies. Ann is a former board member of the IIBN (Irish International Business Network), the Digital Youth Council and of the Royal Irish Academy’s Scientific and Mathematics Council. A long career in journalism saw her interview luminaries from Steve Wozniak (co-founder, Apple) to Richard Branson, from Mark Benioff to Gary Hamel.

A long-time champion of women and minorities in STEM, Ann is in high demand as an international speaker on Innovation, Future of Work and Inclusion, completing speaking tours of US, Asia, and Brazil where she addressed the UN’s Global Forum on Innovation & Technology for Sustainability, on the financial and economic imperative of diversity and inclusion.