UCD Professor Peter Clinch and Anne Pender launched a report inquiring into why the domestic water charging regime in Ireland failed. Access to safe and reliable drinking water and wastewater services is essential for public health and well-being, but attitudes differ regarding how such services should be funded. In Ireland, the 2014 introduction of a domestic-sector consumption-based charging regime was met with public protests, leading eventually to the suspension of charges in 2016 and a subsequent recommendation by a parliamentary committee that they be abolished. (more…)
Read More 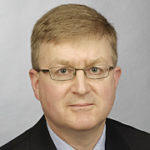 Two UCD School of Biosystems and Food Engineering academics are ranked in the top 1% of the world's most cited researchers, according to the annual Highly Cited Researchers 2018, compiled by Clarivate Analytics. Head of School, Prof. Colm O'Donnell is also an alumnus and this is the fourth time that he has appeared on this prestigious list. Now in its fifth year, the ‘Highly Cited Researchers’ listing identifies influential researchers who are leading the way in solving the world’s biggest challenges. (more…)
Read More 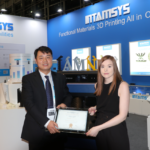 A team of Irish researchers has won first prize in a global competition for industrial 3D printing. The team – comprising UCD-based researchers in I-Form, the SFI Research Centre for Advanced Manufacturing – scooped a prize worth USD10,000 for their project: the design and print of a disposable 3D printed reactor. The polymer reactor can be used to controllably mix chemical precursors used in the manufacture of pharmaceutical agents. (more…)
Read More 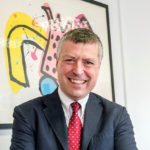 University College Dublin graduate and former charity chief Sir Ciarán Devane has been appointed the new Chairperson of the HSE Board. The Biochemical Engineering alumnus was selected for the role following a public appointments service campaign to identify potential candidates. (more…)
Read More 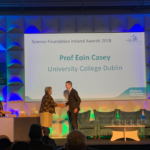 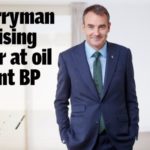 BERNARD Looney grew up on a farm in Ashgrove, near Kenmare in Co Kerry. Today, the 48-year-old UCD engineering graduate is based in London and spends about half his time travelling the globe for the world's sixth-largest energy company, BP. As CEO of its Upstream division, which finds and produces oil and gas, he's in charge of 18,000 people - just under a fifth of the entire workforce. Operating in 29 countries, his division spends €7bn to €8bn a year to run it, investing €11bn to €12bn on top of that. (more…)
Read More 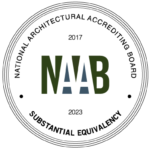 The UCD College of Engineering & Architecture was recently informed that the School's Master of Architecture has been given the designation of Substantial Equivalency by the National Architectural Accrediting Board, NAAB, in the United States, for six Years starting from January 2017. (more…)
Read More 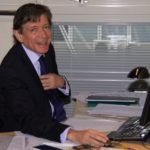 The sudden and recent passing of UCD Engineer, Prof Tom Brazil, brought a sense of loss to the UCD Engineering family. It was the kind of loss that is felt when someone, who has made a true impact on the lives of others, silently passes away. (more…)
Read More 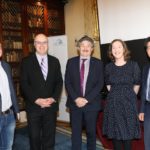 Three academics from University College Dublin were awarded more than €1.4 million in research funding through the Science Foundation Ireland (SFI) Career Development Award Programme. Minister of State for Training, Skills and Innovation, John Halligan TD, who announced the overall funding of €13.7 million, described the awardees as “the future leaders of research and innovation in Ireland.” (more…)
Read More 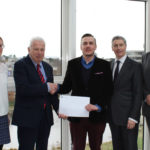 Gifts to UCD’s Annual fund can enable us to provide scholarships to students from a variety of backgrounds that would typically exclude them from participating in third level education.

Gifts to the UCD Annual Fund can enable us to provide scholarships to undergraduate students to study in the field of science which can lead onto working in areas of research that will benefit us all.

The library’s doors remain open to our alumni long after they graduate, with many retaining membership, your support will enable us to continue to replenish our shelves and preserve our rich cultural heritage.

Redevelopment of the existing James Joyce Library aims to provide a range of modern study and active learning spaces with centralised student-facing support services, in addition to cultural, heritage and public engagement spaces.

A gift to the UCD Annual Fund can enable us to award scholarships to students who would typically be excluded from third level education.

UCD also hopes to bring Newman in to the future with a regeneration project that aims to provide students with a student centered academic facility that strengthens the disciplines and schools identity.

Students are also in the most capable hands here, among the expert faculty are Royal Institute of British Architects (RIBA) Royal Gold Medal 2015 awardees Sheila O’Donnell and Professor John Tuomey, both of whom are also graduates of the School.

A gift to the UCD Annual Fund can enable us to award scholarships to students who would typically be excluded from third level education.

This website uses cookies to improve your experience while you navigate through the website. Out of these cookies, the cookies that are categorized as necessary are stored on your browser as they are essential for the working of basic functionalities of the website. We also use third-party cookies that help us analyze and understand how you use this website. These cookies will be stored in your browser only with your consent. You also have the option to opt-out of these cookies. But opting out of some of these cookies may have an effect on your browsing experience.
Necessary Always Enabled
Necessary cookies are absolutely essential for the website to function properly. This category only includes cookies that ensures basic functionalities and security features of the website. These cookies do not store any personal information.
Performance
Performance cookies are used to understand and analyze the key performance indexes of the website which helps in delivering a better user experience for the visitors.
Advertisement
Advertisement cookies are used to provide visitors with relevant ads and marketing campaigns. These cookies track visitors across websites and collect information to provide customized ads.
Analytics
Analytical cookies are used to understand how visitors interact with the website. These cookies help provide information on metrics the number of visitors, bounce rate, traffic source, etc.
Uncategorized
Undefined cookies are those that are being analyzed and have not been classified into a category as yet.
Preferences
Preference cookies are used to store user preferences to provide content that is customized and convenient for the users, like the language of the website or the location of the visitor.
Functional
Functional cookies help to perform certain functionalities like sharing the content of the website on social media platforms, collect feedbacks, and other third-party features.
Save & Accept