In September 2018, John Power, President of the EGA, presented this year’s Distinguished Graduate Award to Professor Eileen Harkin-Jones, Mechanical Engineering graduate of the Class of 1983 and Bombardier Aerospace Royal Academy of Engineering Professor at the University of Ulster, at a ceremony at the RDS in Dublin. This year also marks the 35th anniversary of the formation of the Engineering Graduates Association. Established in 1983, with Thomas P Hardiman its first president, the EGA still holds strong to its core value and aims. The EGA president closed the event by thanking the EGA past-presidents for their voluntary work with UCD and each past president in attendance was presented with a commemorative pin, to mark the occasion. 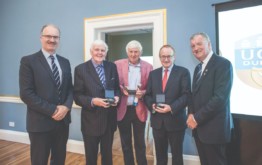 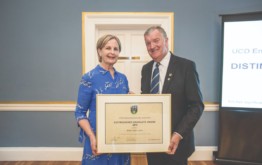 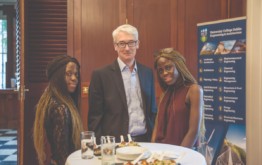