In April 2019, UCD RFC held its annual dinner in O’Reilly Hall and was honoured to welcome Irish Rugby Head Coach Joe Schmidt as guest speaker. More than 500 guests attended including representatives from all the teams within the club, alumni, Leinster Club Presidents, corporate supporters and friends.

Long-standing UCD Rugby clubman David Carrigy of World Rugby assumed the master of ceremonies role and introduced UCD Rugby President Ambrose O’Sullivan, who praised the commitment of club members who play a vital role in managing the various teams across the Men’s, Women’s and Tag Rugby sections of the club.

Guests included members of the recent Irish Rugby U20 Grand Slam-winning team, with Michael Milne and Charlie Ryan given a standing ovation as they displayed the Six Nations trophy on stage. A special award was made to Brian Cawley for his twelve-year career with the senior squad where he played in more than 200 games.

The highlight of the night involved clubman Billy Murphy conducting a captivating “In conversation …” with Joe Schmidt, covering his time in Irish Rugby, his vision for the Rugby World Cup, and his return home to New Zealand next year.

Thanks to the committee and many volunteers, it was an enormously successful annual dinner. The Club would like to thank all its members for the support it receives.

UCD RFC President Ambrose O’Sullivan presenting Brian Cawley with a special award for his career with the club.

UCD RFC players Charlie Ryan and Michael Milne, who were both part of the U20 Irish Rugby Grand Slam winning team, displaying the U20 Six Nations Championship trophy. 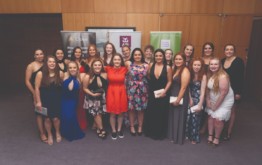 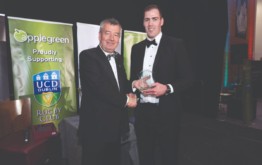 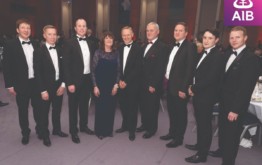 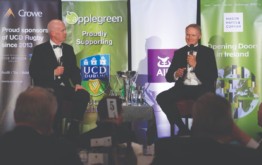 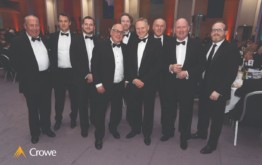 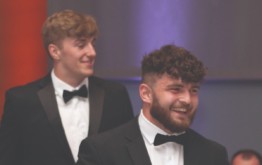 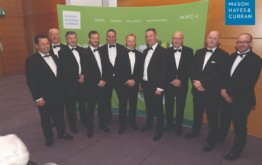