In June 2019, the fourth UCD Festival was a roaring success with more than 20,000 alumni, staff, students and members of the local community arriving to Belfield. The Festival line-up included the largest science and innovation showcase yet, fascinating engineering and technology displays, literary greats, social activists, physicists, political and economic commentators, entrepreneurial giants, rugby heroes, and a chance to meet UCD Robot-in-Residence, Pepper.

There was laughter and reminiscing as 500 alumni and friends joined classmates to kick off the fourth UCD Festival at the Science Milestone Reunion Brunch and Supporters’ Thank You Brunch at the new UCD University Club.

The Science and Innovation showcase, in the O’Brien Centre for Science, offered attendees the chance to build, create and experiment with rockets, maths, battleships and even an explosion, and interact with the Medtronic Junior Hospital Experience. The Microsoft Engineering and Technology Zone was an interactive treat, with features such as the Microsoft Dreamspace and an exploration of their AI for Good.

Buzzing with cheers, laughter and excitement, the Sports Zone was a flurry of activity as rugby and GAA trials took place – with a few well-known faces present. For those looking for a more relaxed start to the day, Reggae Yoga kicked off at the new zone ‘Beats in the Alley’, followed by live music, poetry and dance performances from Sim Simma DJs and the Spoken Word Collective.

Across campus, events were wholly different but no less exciting. Celebrations of poetry, music and spoken word made up the Culture Zone, which took place at the James Joyce Library. Outside by the lake, gladiators were on hand with their Roman Army displays. Meanwhile, over in the Discovery Zone, a historical representation of early Irish life was showcased by the Centre for Experimental Archaeology.

If you want to relive any of the action from the Festival, there are stories, images and videos at www.ucd.ie/festival. Be the first to hear about next year’s programme by emailing festival@ucd.ie.

Some of the Class of 1979 at the Science Milestone Reunion Brunch.

A brave Festival-goer on the hugely popular Explorium Bed of Nails.

Families and friends of all ages on campus for the biggest UCD Festival yet. 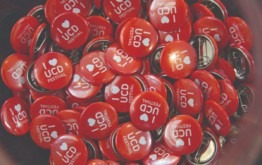 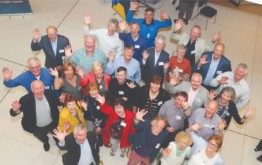 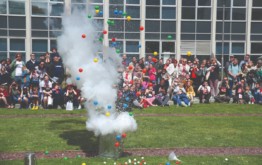 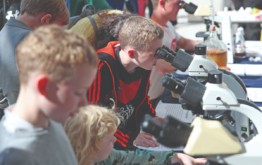 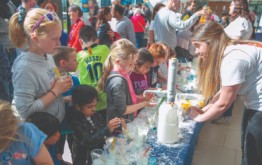 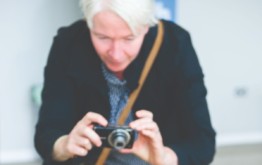 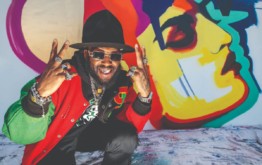 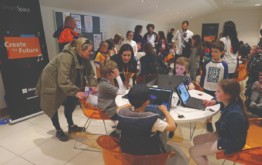 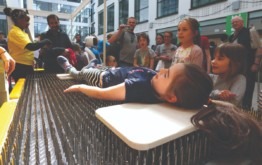 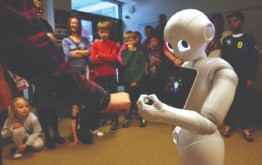 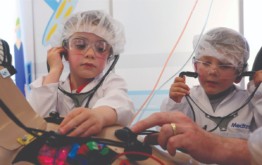 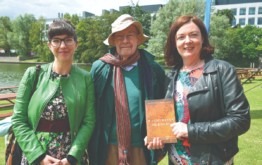 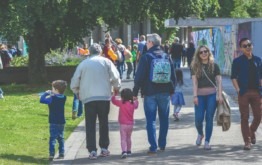 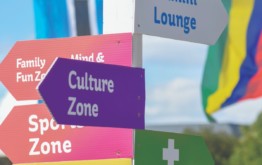