UPON MOVING OUT to Belfield in 1969 and into UCD’s new Arts Building, the Dean of Commerce Professor James Meenan wrote in his diary of the peacefulness of this growing University place, just three miles outside Dublin city centre: “Belfield looked enchanting and it is so heartening to think of what it will look like when the buildings are finished and the grass and shrubs and trees begin to grow. [The students] are deeply fortunate … to be young in such a place. We should produce good people indeed in future years …”

Meanwhile, in less bucolic terms, UCD’s Gentle Revolution was running its course in the urban setting of the overcrowded Earlsfort Terrace buildings. And Donogh O’Malley’s Trinity/UCD merger proposal of 1966 had only just been put to bed.

The merger plan had been spurred on, of course, by the growing accommodation needs of these Dublin universities. By the 1960s, the Irish higher education sector had been so neglected that radical reform was required and UCD, as Ireland’s largest university, was at the centre of this process. UCD’s accommodation crisis had already been put under the lens through a government enquiry (1959) so that the making of a new university campus at Belfield, following the controversial decision to leave Dublin city centre, might be read as a microcosm of 1960s Ireland. It represented suburbanisation and physical change, national ambition and internationalist aspiration.

This year, in 2020 and ongoing through 2021, UCD is celebrating this history with a series of events and reflections. Taking the architectural story as the central thread, Belfield 50 sets out to better understand the University’s development and its culture across the 50+ years of campus design.

Belfield is a landscaped campus of varying architectures comprising concrete Brutalism, timber and brick contextualism as well as shiny glass and metal.

Beginning with the amassing of landscaped estates in the Stillorgan area of South County Dublin, from 1933 but particularly through the 1950s, UCD’s growth and history at this site has been brave and clear-sighted. First came the new Science Buildings from 1962 to 1964, which, designed by former Professor of Architecture, J V Downes, were the first modernist university buildings in the state. This structure brought pioneering scientific research facilities and was followed quickly by the 1963 international architectural competition for the University’s masterplan, won by a young Polish architect, Andrzej Wejchert. The international nature of the competition pointed to UCD’s outward direction. It attracted 105 designs from over 20 countries, including designs from leading experimental architects such as Shadrach Woods (Candilis-Josic-Woods) and Giancarlo de Carlo. Only one of the ten Irish submissions was premiated or commended – Stephenson Gibney Associates came fourth.

Andrzej Wejchert’s winning design proposed a low-lying unified group of modernist buildings, held to a spine or covered walkway. Ultimately, the masterplan’s attraction lay in its openness to adaptation and in its elasticity and apparent flexibility. To his masterplan complex of walkway and structures for administration and the arts, law and commerce, were added a modernist restaurant and a monumental library. Both Belfield’s new restaurant and library were by other architects; a key feature of Belfield was to be its many architectural signatures. Then came Wejchert’s water tower and his handsome sports centre; and at the same time, about 1980, the Agriculture building, designed by Patrick Rooney, was opened, to complete phase one of Belfield’s construction.

The campus has not stopped evolving. As the architecture strayed from Wejchert’s axis by the 1990s, other brave and interesting buildings were made and today, Belfield is a landscaped campus of varying architectures comprising concrete Brutalism, timber and brick contextualism as well as shiny glass and metal corporate entities. Set amidst a maturing landscape, new disciplinary centres for research and teaching emerge. And as the future campus begins to unfold with the planned Centre for Creativity (Stephen Holl Architects) and the Centre for Learning (RKD), it is timely to reflect on Belfield’s creation. It seems right now to consider the value of what UCD has built and how this campus architecture has contributed to and enabled the life of UCD over the past 50+ years.

The central elements of Belfield 50 are an exhibition and a collection of essays, Making Belfield: Space and Place at UCD. New research coming from UCD’s extensive library and cultural collections, combines with archive photography, footage and recent interviews. What emerges is the striking resonances between Wejchert’s vision for Belfield and Cardinal (Saint) John Henry Newman’s idea of a university: both sought an infrastructure for chance encounter to enable the exchange of ideas and to harbour the individual. Undoubtedly, Belfield campus achieves this for UCD.

Making Belfield: Space + Place at UCD, by Finola O’Kane and Ellen Rowley, will be published in late September. If you would like to order a copy of the book, and to avail of the special alumni rate of €25 including p&p, email ucdpress@ucd.ie 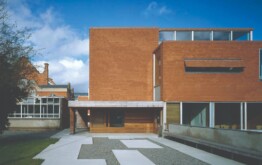 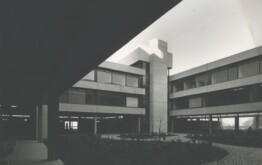 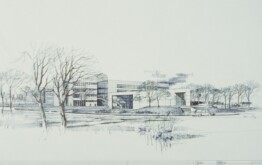